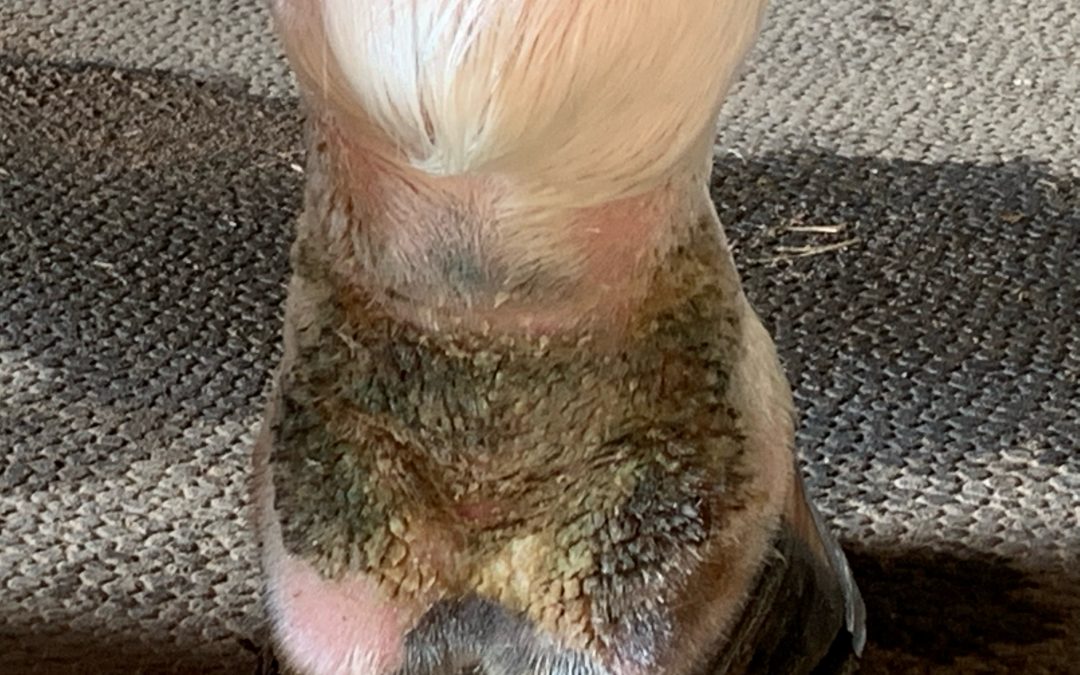 How to Use NO THRUSH Powder on Scratches, Mud fever, and Greasy Heel

How to Use All Natural NO THRUSH Powder on Scratches, Mud fever, and  Greasy Heel

In the last two days, I have received seven separate calls from people dealing with a bad case of Scratches. They have tried all the soaks, shampoos and sprays and nothing has worked. Finally, they did a deep internet dive and found information about No Thrush ® Powder. Yes, it does work. You might not have noticed, but it’s right there on the bottle. 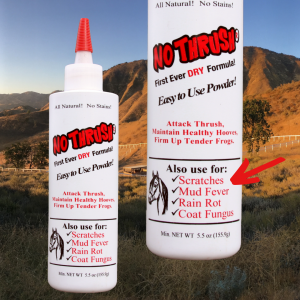 The introduction, ie: “The Caution.”

NT powder works extremely well for the worst cases of Scratches (AKA Greasy heel and Mud Fever) BUT you have to use it as directed.

Years ago researchers from UC Davis were clinically testing NT on scratches. After a week they called and said, “Sorry, but it’s just not working.” Well of course since we had used it successfully a hundred times at our own barn, I asked them to walk me through their protocol…. It turns out they completely ignored the directions printed on the bottle. After they followed the below protocol, they got great results.  Their photos are in the last photo journal on this page.

Let me get to the point. Our powders work exactly opposite from the shampoos, soaks, and sprays you have likely purchased in the past.

Our belief is that by constantly washing and pulling scabs, you are giving the bacteria exactly what it wants – A constantly moist and raw area to breed. Also by softening and removing the scabs, you are releasing the bacteria back out into the wild.  This is why when we wash and pull the scabs, scratches tend to move around. Suddenly it has moved up the leg or around to the front. The photo below is from one of the gals I spoke with this week. You can see that while she did not remove the scabs, she was washing twice a day. (Again, giving the bacteria a moist place to thrive.) 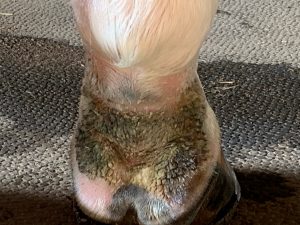 Finally, to the Solution.

Here is how to use No Thrush ® for scratches – and also what to expect as you go.

Here is one last example so you can see the beginning, middle, and end of the process.  Notice that when the scabs fall off on their own, the hair regrowth has already occurred.

That is it. It takes some days, but you have just spent less than one minute a day to fix your horse, versus the hour a day you were spending with all the washing, soaking, and fretting. 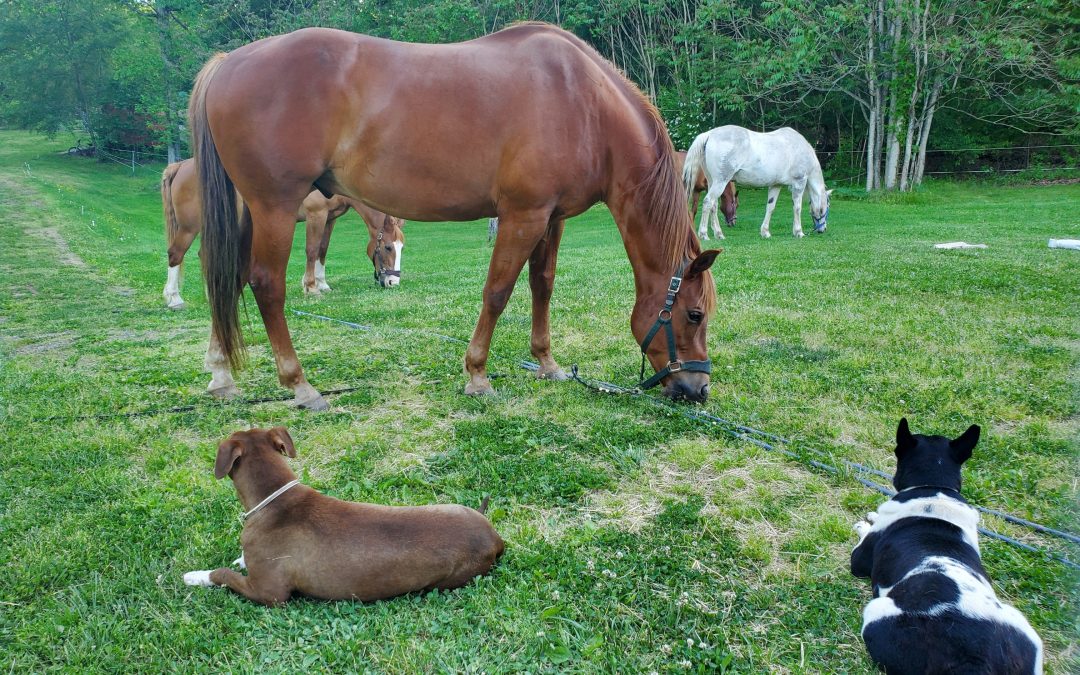 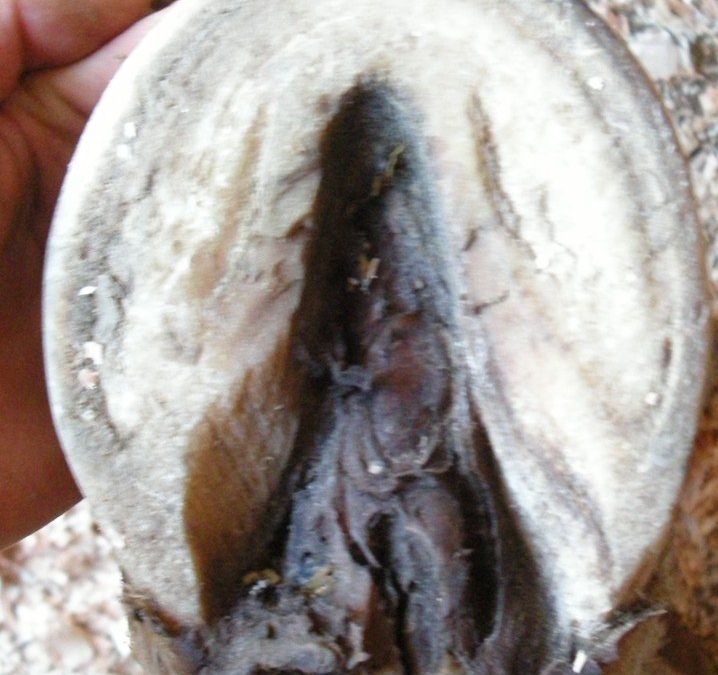 No Thrush – PRO TIP – July 2015… “**Shedding Frog**” We received a private message from a woman whose horse was shedding its frog. The answer is valuable, so we thought we’d share to all….

While frog shedding is normal, if you have never experienced it, it can look scary. In fact, sometimes the entire V of the frog will shed at once, which really looks daunting.

Usually thrush is the procuring cause of the shedding.

Here is why: Thrush wants to invade and live deep inside the heel tissue, and of course you can’t see it or smell it because it is so deep. [This is why we preach so hard about eliminating the heel cracks and deep collateral grooves. These are bacteria access points.]  — Anyway, when the thrush has run it course deep inside, this action can undermine the frog.

However, when active thrush is present, the frog tissue will literally hang on for dear-life. The body does not want to allow it to shed because it is the only protection for the soft, tender, and vulnerable tissue underneath. ….

So here is the No Thrush “tip.” —- If you see the frog begin to shed [ perhaps an edge, or even a big section looks to be dislodging and “flappy” under your hoof pick] get aggressive with your No Thrush dustings. Once per day is best. The powder will draw out the deep bacteria and breeding ground and take care of the “thrush” problem. If the thrush was severe, and the frog has been undermined, the rest of the frog may fully shed away. This is a good sign. This is the body’s way of breathing a sigh of relief. It no longer needs to fight the thrush, so the body allows the necrotic/dead tissue to fall away.

But you are not quite done…. Keep using your NT every few days. This will help firm up that new tender tissue and allow it to regrow properly. No Thrush is not caustic, so it will not inhibit natural grow…. As the new frog continues to grow you can slowly back off. The A-to-Z timing will be based on the speed of your horse’s natural growth rate. [usually 20-50 days]  No Thrush is not “making” the tissue grow, it is “allowing” it to grow. Meanwhile the powder is protecting the new/tender tissue from being invaded by a whole new round of thrush.

Hope you found this helpful. Learn more about those heel cracks at www.nothrushshop.com 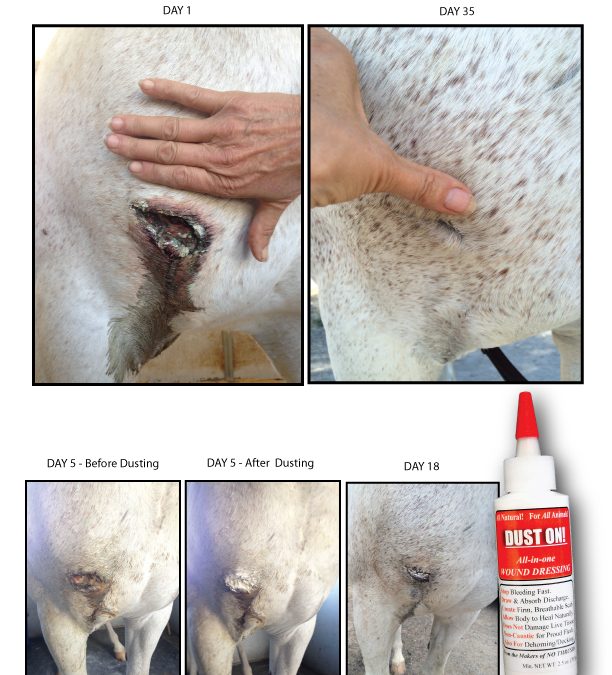 DUST ON! powdered wound dressing – part of the NO THRUSH line.

Dust On! is an All-Natural, All-In-One powdered wound dressing.  The best explanation of the product is: Dust On! is a powdered, breathable Band Aid.

Right now, you are probably using cream, sprays to deal with wounds. Therefore you have two options:

1. You put on a cream and DON’T wrap it. In this case the wound/cream now collects all of the dirt, dust, and debris of the surroundings. This option requires that you wash the wound daily. It is very work-intensive.
or
2. You use a cream/spray and DO wrap the wound. Well, we all know that when you remove a wrapping, it is more often than not smelly and infected. Now you must deal with the wound AND the infection. This is also work-intensive, as the wrapping/bandaging must be changed every day.

With DUST On! you wash the wound on day #1 to remove the collected debris, allow the area to dry, and then you puff the powder onto the wound. That’s it. Do this 1-2 times per day, which will create a super strong “Breat

hable” scab. The word “breathable” is the key. The powder allows air to penetrate, while also forming a protective  (and natural) scab barrier. One the scab is firm, simply puff DUST ON onto the wound area once per day until the scab falls off on its own. When this occurs you will find the wound gone.

Finally, DUST ON! is called “All-In-ONE” Because it is also a blood-stopper, it protects attacking, drawing, and absorbing bacteria and infection, it allows the body to heal naturally without caustic chemicals , and it creates a protective barrier against the elements. 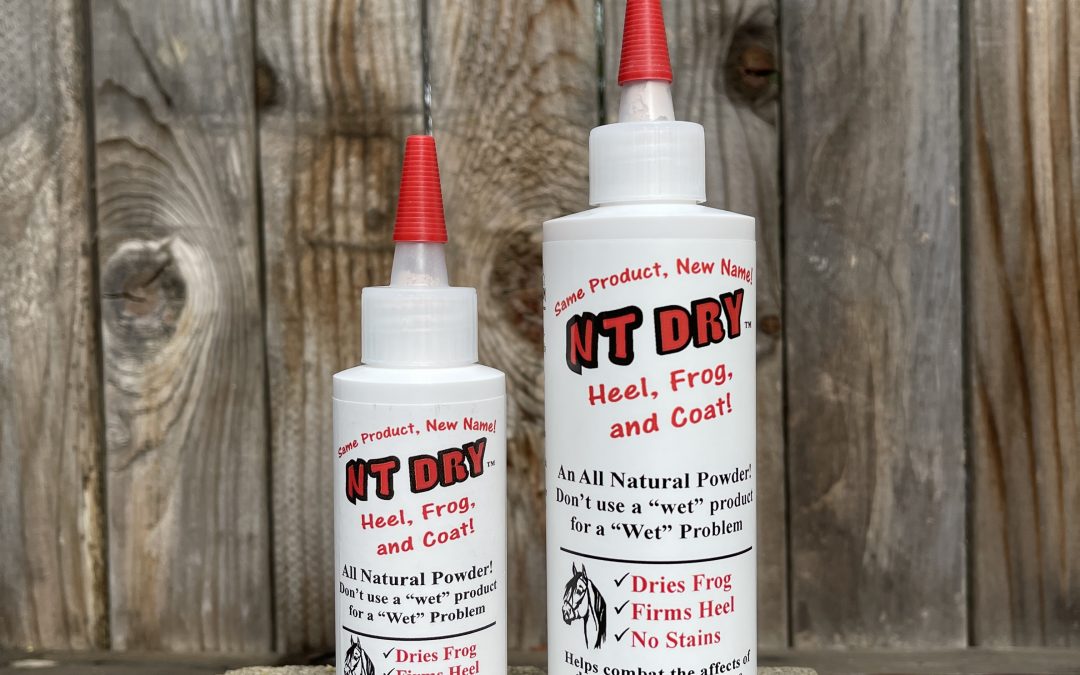 Finally! NTDry is available in New Zealand. Log onto http://www.ntdry.co.nz/default.asp