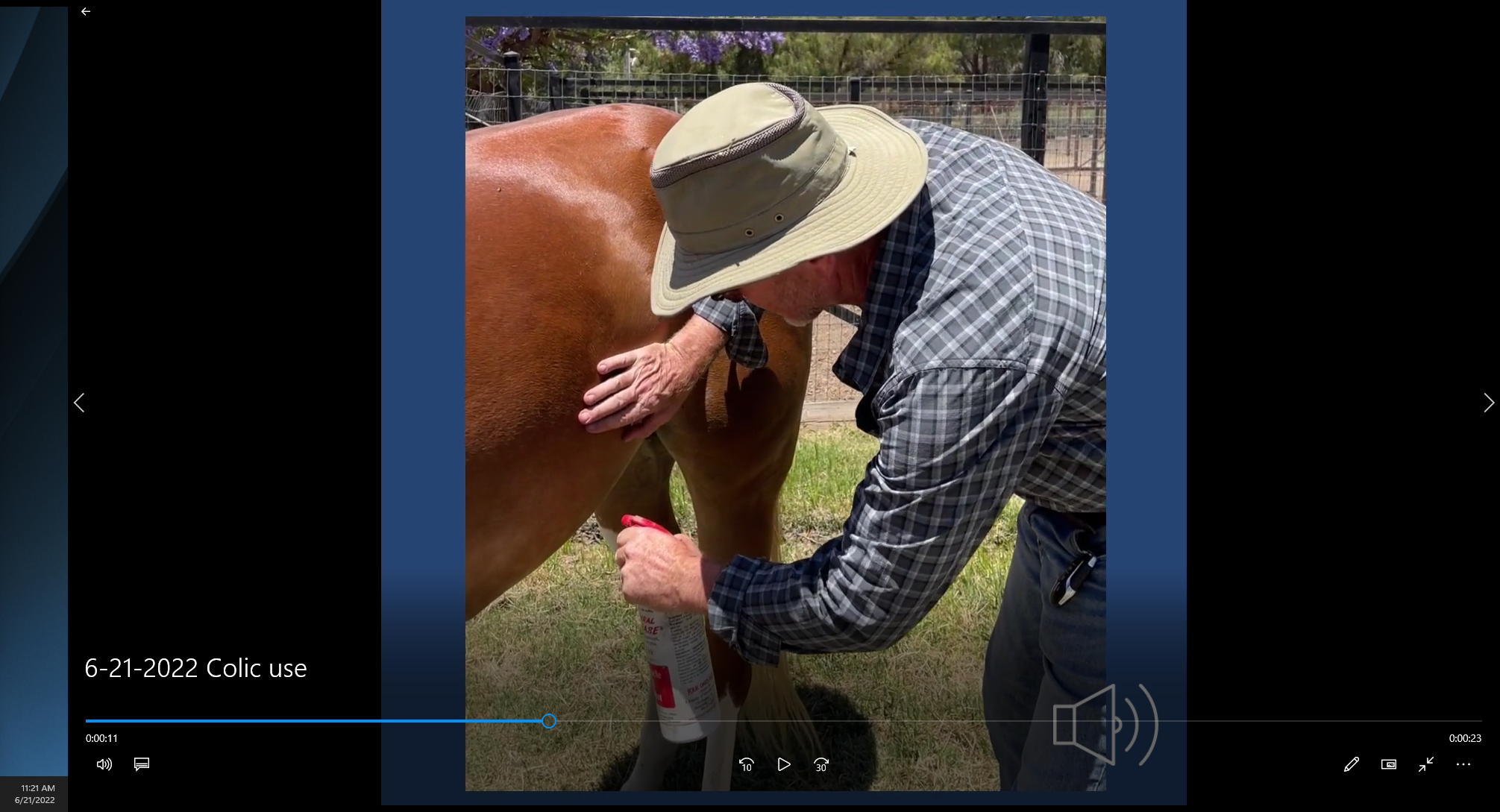 Okay, so we are NOT prepared to make any claims. Colic is very serious business. Everything below is to be considered a “tool”. At the first sign of distress, we are heading to the vet. However, we will be adding Natural Release to our normal protocol as we gear up the trailer and prepare to leave the barn. If it turns into a wasted trip – so be it.

Here’s how it started. Recently a customer wrote a post on FB. (I have pasted it below) The cliff-notes are that her horse went into full distress with what she believes was gas colic. Out of panicked desperation, she grabbed her Natural Release and sprayed the gut heavily. (Read her whole story below. )

Learn How Others are Using Natural Release.

Obviously we were intrigued. Fast forward to this weekend here at Four Oaks Farm. We had a horse that had eaten normally, but hadn’t p**ped in about 18 hours. (Sorry, I can’t say the word without getting censored) There were no sounds in the gut and we feared the early stages of an impaction colic. (You can hear the story in the video, though the audio is not great. I have to learn to speak up!).

Anyway, the horse was not yet in distress, but it was a good opportunity to test LisaRae’s experiment.

We sprayed this horse heavily on both sides, as seen in the video.

Again, this is far, far too little data to make any claims, but I do like these 2 results. At this point our hypothesis is that Natural Release is releasing the stressed muscles around the gut, allowing things to shift and move.

It’s also something to keep in mind if you already have Natural Release in the barn. If it can make a difference, that’s huge. Hopefully you never have to try it, but if you do, please reach out. More data will be appreciated.
Cheers, Heath, VP

LisaRae Ventures, June 2022
“FYI… I got very desperate this evening when my filly dropped to the ground as I was leading her across the arena. She tried to roll, but I wouldn’t let her. She immediately put her head down, closed her eyes and sighed. I thought she was gone! Long story short… She had no upper gut sounds so I gave her a shot of banimine. 30 minutes went by and still no sounds. It was hard to keep her walking.
Being desperate, I decided to spray the area over her upper gut. I’m not even exaggerating when I say within five minutes she began yawning, blowing out her nose and walking like nothing was wrong!! I could hear a few upper gut sounds and lower was more active. I sprayed a few more times over the next hour, and both upper and lower gut were very active and noisy.
I’m guessing she just had gas colic, but I seriously believe that getting her muscles relaxed with this product helped speed up her recovery!!! I know I’ve never seen banamine get these kind of results this fast! Can’t 100% claim this product was the accelerator, but it would take a lot to convince me it wasn’t!!!! Just happy my little girl is okay 😍”
_____

Here is what other people are saying as well.